Save money by buying a cheap handlebar?

Find out why you should avoid cheap dumbbells.

[HAVE YOU EVER THOUGHT THAT ...]
Who promises you a quality product at a low price is actually cheating you?

And it reported part of this article on the AHandlebar price a user (who is not sure whether to define a motorcyclist) wrote:

"Just go to Wish it costs 12 € and it's double size (I mount it on brutal) useless to spend money, they come from there anyway"

This is the example of those who pay to have their bike damaged!

It is always a regret that a 12 euro "handlebar" is mounted on an MV Agusta Brutale (which is an expensive, high level motorcycle), and honestly it is not even a boast to write online. Having a € 12 handlebar on a € 17,000 Brutale is the perfect example of how to throw away money to ruin the bike!

Not even MV Agusta, which buys hundreds of them as a manufacturer, pays so little for the handlebars that are fitted as standard on the Brutale.

In any case, the dumbbells that can be found online for 4 money (10/20/30 euros) come from China (Wish is a Chinese site)

The SRT Factory handlebars are exactly the opposite.

They are produced with extreme attention to detail, approved and designed to improve the ride and the aesthetics of the bike (to learn more about the QUESTO ARTICOLO).

By picking up one of our handlebars, anyone would immediately realize the difference between a bent tube and a real HANDLEBAR.

And here's the brilliant answer ...
This user also replied to our statement with: 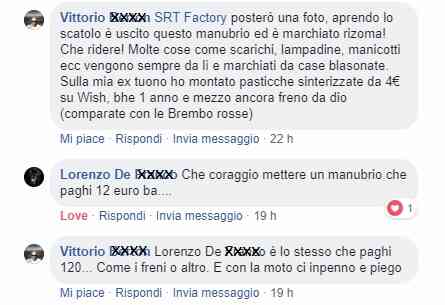 Just like buying a fake Armani bag or a fake Rolex.

In addition to committing the crime of careless purchase (which could lead to a penalty), people are paying to have a Chinese copy of a product that has completely different characteristics and quality.

Fortunately, another user made a clever comment, claiming that "it takes a lot of courage to fit a € 12 handlebar" (or € 4 pads we add).

Perhaps you do not realize that buying a product intended for driving safety such as the handlebar, on which you rest your hands and weight at 180 km / h, if it breaks because bent badly, you lose your life! 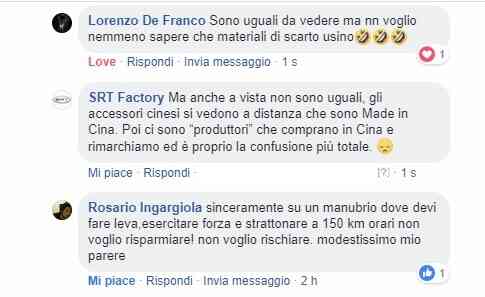 In addition to making a figure of a "bedouin with no money", do you risk your life to save 40 euros?!?!

Those who use Chinese spare parts for vehicles put their own safety and that of others at serious risk, because poor materials are used for the production of these products, only in this way can the production price be lowered.

The quality of a counterfeit product will never correspond to the price paid by the consumer both in terms of the invoice of the same, and for the lack of quality guarantees, absence of defects and after-sales guarantees.

It also creates serious damage to employment since counterfeiting and illegal activities contribute to the exploitation of illegal labor, undeclared work and child labor, taking away important space from the regular economy.

The harsh reality is that we, with 12 euros, do not even pay for the anodizing.

This happens not because we are stupid or we are not able to find a lower price, because anodizing at 3/4 euro is possible, but then the colors, in addition to being much uglier, fade after a short time and we do not want this for our products and our customers, so we avoid economic anodizing.

See these risers (photo below)? They have discolored due to an inexpensive anodizing compared to ours which is much more expensive but which has stood the test of time (the handlebar has remained as black as it was when it was just bought).

The result? In addition to having brown parts instead of blacks on his beautiful new bike after a few months (or pink instead of red, or blue instead of blue, or brass instead of gold and so on), the customer had to pay 40 € between work and shipments to "fix" a product purchased for a few euros in China, believing to save money, actually finding an ugly product in hand that cost more to be improved than a real quality component.

So similar expense for a worse product! It just doesn't make sense. Wouldn't it have been better to buy the best product right away?

Investing in research, development, innovation and image is a job that anyone who sells a handlebar for 12 euros cannot afford to do.

In over 10 years of producing motorcycle handlebars, we have selected the best anodizer on the market, which is the most expensive of all.

But the results are impeccable, since we want to give an exceptional product to the motorcyclist who will buy it.

Unfortunately if your standards are 3 euro pads and 12 euro dumbbells then we are speaking 2 different languages.

We wonder, however, why the bike is not a Chinese copy purchased on Wish for 1500 dollars but has chosen an original MV. Perhaps because MV has made a name for itself by building motorcycles of extreme quality, design and performance, what combination are among the most expensive on the market !?

Unfortunately, "cool" products made with extreme care are expensive because it costs so much to make them, not because the Chinese are smarter.

Our choice every day

Every day (really every day) we receive emails from Chinese suppliers who offer us dumbbells at 7/8 dollars a piece (buying large quantities).

We could do like many other competitors who buy dumbbells in china at very low prices and then sell them on ebay as fake, or brand them with famous brands but produced in china.

Or continue to do what we have been doing for over 10 years, namely the best handlebars in the world, made to improve the bike aesthetically and in performance.

Obviously we choose the second path, the more difficult one, but also the one that makes our customers really satisfied and happy to have improved their bike with an SRT Factory handlebar.

So we choose to trash all these emails, since we spend more just to do the treatments to eliminate the bending marks and for the final brushing of our handlebars, compared to buying a whole handlebar made in China who knows with what material and with what technique. of bending.

If you are looking for the cheapest handlebar I'm sorry, you will never find it with us.

We don't want to give you a cheap product, but we want to offer a unique, stratospheric handlebar that will leave its new owner speechless when unwrapped.

But unfortunately there will always be those who will pay (12 € in this case) to ruin their bike. 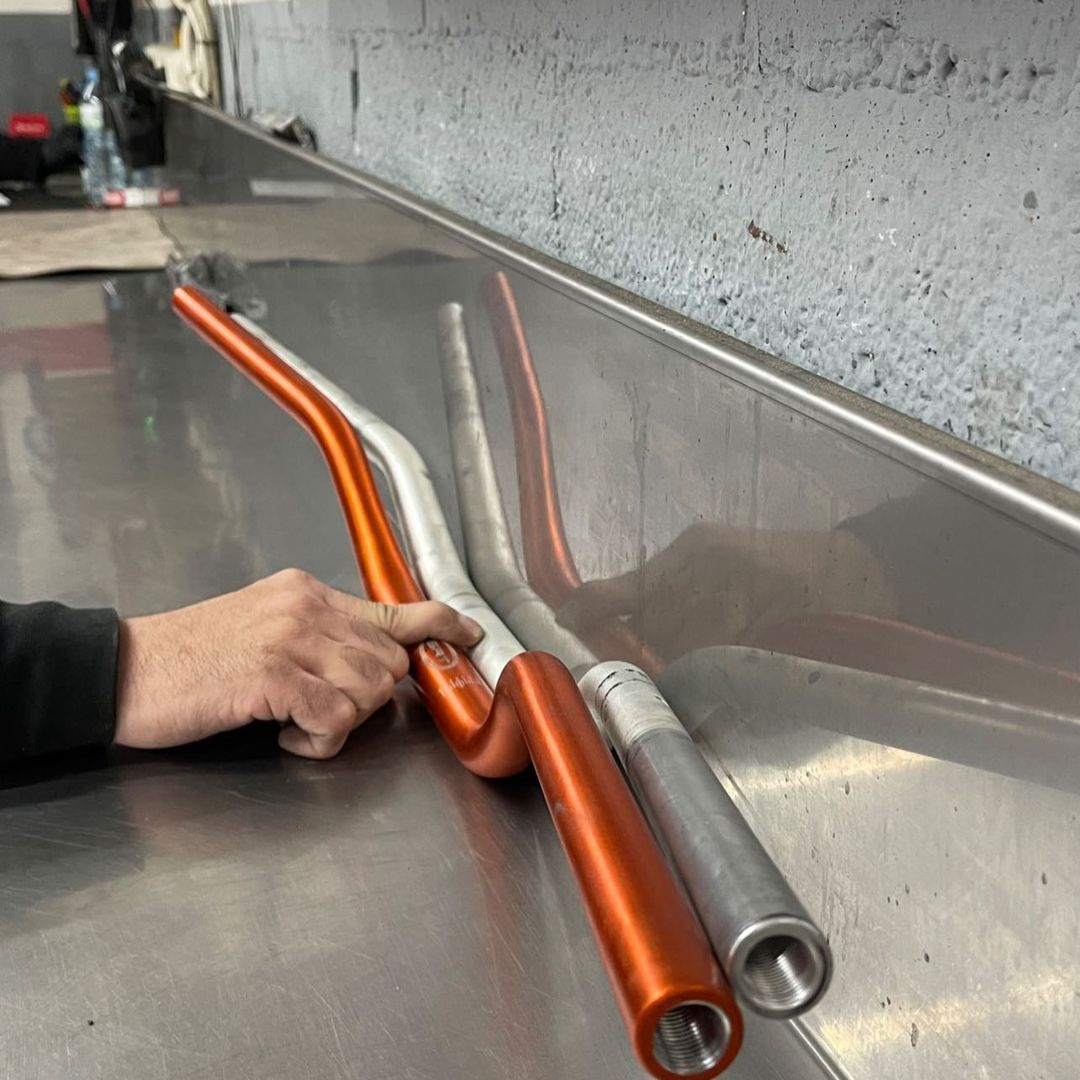